Ira Glass was in Chico last night pimping his radio show, "This American Life" (which is also now a television show) and a new book he has put together titled The New Kings of Nonfiction.

Glass spoke to a crowd of nearly 1300 about the art of storytelling-- in his case, true stories. He rallied the students in the audience to "Ban the Topic Sentence" when writing papers. He openly dismissed the idea of journalistic objectivity and encouraged writers and journalists to confess their biases and even to put themselves in their own stories. He made a case for never leaving out details that entertain or amuse you as a writer. 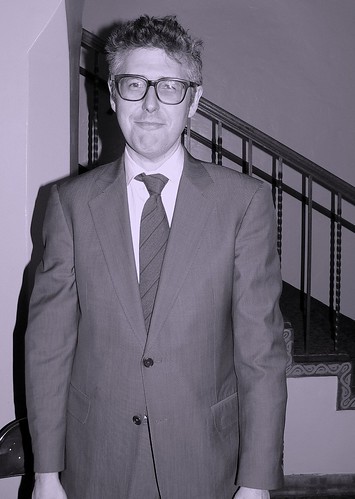 I've only been a fan of "This American Life" for a few months. The reason is because it airs Friday nights at 7:00 pm and this just does not jive with my hipster schedule, you understand. However -- a few months ago the adoring boyfriend bought me an i-pod in a masterful attempt to get me to shut-up about his pathetic World of Warcraft video game addiction.

I discovered the glory of the podcast. Now I listen to any number of NPR programs and other non-NPR related podcasts whenever and where ever I want. "This American Life" has emerged as my favorite. Once a week they upload a free podcast of their show.

Ira did a book signing afterwards and he let me snap this photo. I asked him what his all-time favorite book is and he said, Among the Thugs by Bill Buford. Now that's not really fair because New Kings contains an excerpt from this book, but Ira is soooo sexy in a tall, dark, geeked-out, atheist, Jew kind-of way, that all I could do was twirl my hair and twitch nervously while I backed away, thanking him. 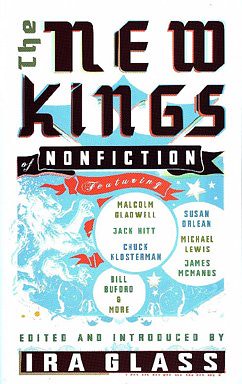 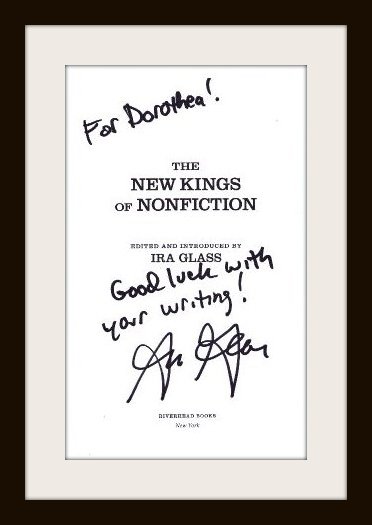 The New Kings of Nonfiction is an anthology of nonfiction stories selected and introduced by Glass. "The stories," Glass explains, "come from a stack of favorite writing that I've kept behind my desk for years." All the proceeds from the sales of this book will be given to a literacy program in Chicago that helps kids aged 6 - 18 with their writing skills.

Ira Glass has many more speaking engagements coming up, perhaps in a town near you.