My good friend, Jeff Brunson of Ft. Wayne, Indiana passed away two days ago after a brief struggle with cancer. As far as I know he had only been diagnosed a couple of weeks ago. But the diagnosis was pretty bleak: cancer in his brain, his liver and his bones. He was only 44 years old. 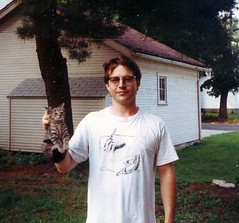 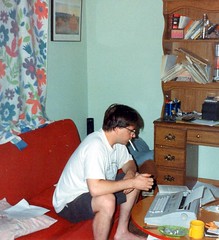 Scanned photos of Jeff taken in the early 1990's--In our backyard with our new kitten & Manic journalist at work in our tiny apartment.

I met Jeff in 1990 when we were both poor college students. When he found out that I had a secret crush on him we started going out. He became my first "co-habitation boyfriend." We lived together for about 2 years until he morphed into the brother I never had and I had to end our relationship. It just felt too weird to make out with my brother. But we remained great friends. After I left Ft. Wayne, he stayed in contact with my folks and would bring his new girlfriends to their house for BBQs and euchre.

But man, the times we had when we were together were some of the best in my life. Protests, Grateful Dead shows, Pints of Ben & Jerry's Rain Forest Crunch and The Simpsons on a Sunday night.

Last night was the reception and silent auction for the Puzzle Piece Art Show at the 24 Hour Drive-By Art Gallery in downtown Chico. I'm soooo excited because somebody I don't know bid three times on my piece and bought it for $50.00! A real bargain for my early work you know. ;P

Before the reception I took a bunch of photos of the completed puzzles so you could see how freakin' cool this is. I love Chico. 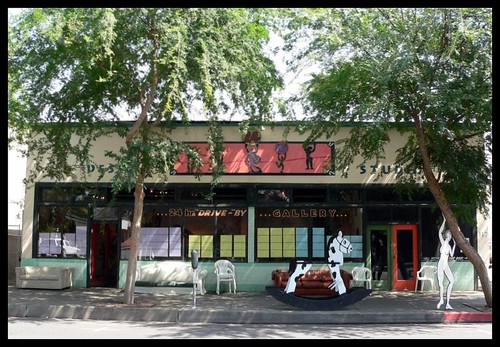 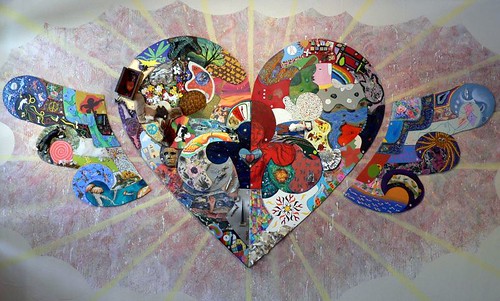 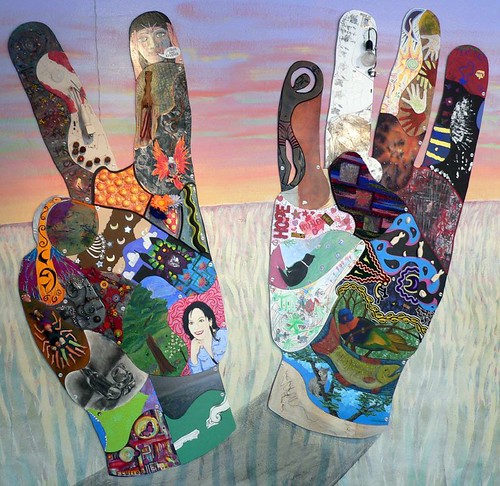 I just dug out a bunch of Jeff Brunson's cartoons from a box in the closet and scanned some of the best ones. When he sent these to me he warned me that, "Some of these are kind-of sick, but a sick mind is a terrible thing to waste." Man, I'm telling you, these are classic. 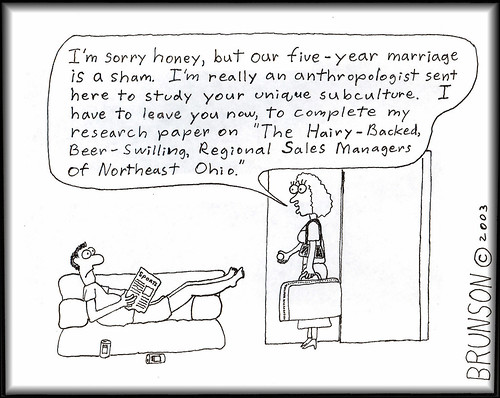 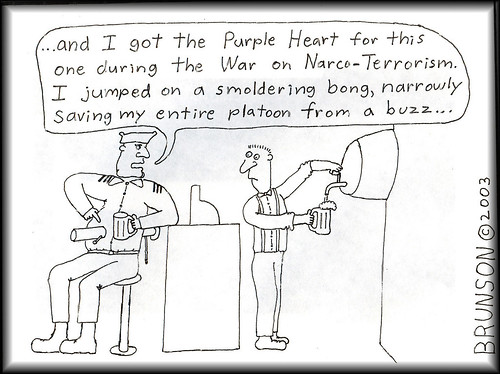